skip to main | skip to sidebar

The Thing We Have To Do 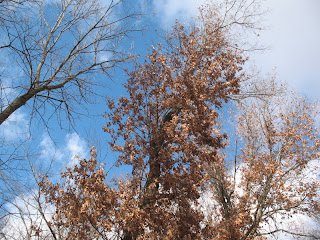 Yesterday, armed with printouts from the University of Minnesota horticulture site, we pruned our apple trees.  Pruning is one of those jobs that is actually kind of fun if you do it when needed.  There is a little surge of power that comes with every waterspout beheaded.  A feeling of satisfaction at a tree well shaped.  On the other hand, if you forgo pruning and the tree gets out of control, as our first State Fair apple has, you have a job on your hands.   The State Fair is now crowned with a lot of unsightly top growth from too large a cut-back two years ago.  The only good thing I can say about pruning it is that it causes one to look up, instead of down (at the snow beneath the boots.)  The rusty-brown leaves of the pin oak make a beautiful complement to the blue sky.  I feel blessed just knowing that I don't have to prune the top of this giant.
Posted by Coleen Johnston at Wednesday, February 22, 2012 1 comment: 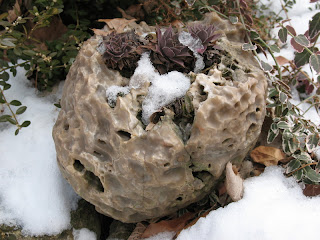 Backyard poultry may be the new urban craze, but I'm taking it to the front yard.  That's right, late winter is a great time to show off hens and chicks.  So succulent you could make a potpie from them?  Well, maybe not quite.  Just now, when I'm getting itchy for something to start growing, these don't just hint at flowers to come--they are a bouquet today.  A bonus: This mass of once molten rock, which looks like a milky quartz crossed with Swiss cheese, makes the perfect pen for my poultry.  I'm not gathering any eggs, of course, but then, there are no cages to clean.  Highly recommended.
Posted by Coleen Johnston at Friday, February 17, 2012 No comments:

Now in Bookstores and Amazon, or Click Here to Order

"Johnston's engaging tale, told in clear, crisp writing, is a gardener's delight, the perfect accompaniement to sipping a cup of tea while contemplating your own garden, or lack thereof." --Catherine Friend, author of Hit By a Farm

Welcome to Bloom Chronicles, home of a writer who wanders

but is not (always) lost. After many years as your average vegetable gardener,

I became a flower gardener overnight when

we moved to twenty-five acres in the country where

With vegetables I grew food. With flowers I grow food for thought.

Reflections, ruminations, and rhymes bloom here for your enjoyment.

Coleen Johnston
Coleen writes and gardens in the oak savannah territory of southeastern Minnesota, Zone 4b 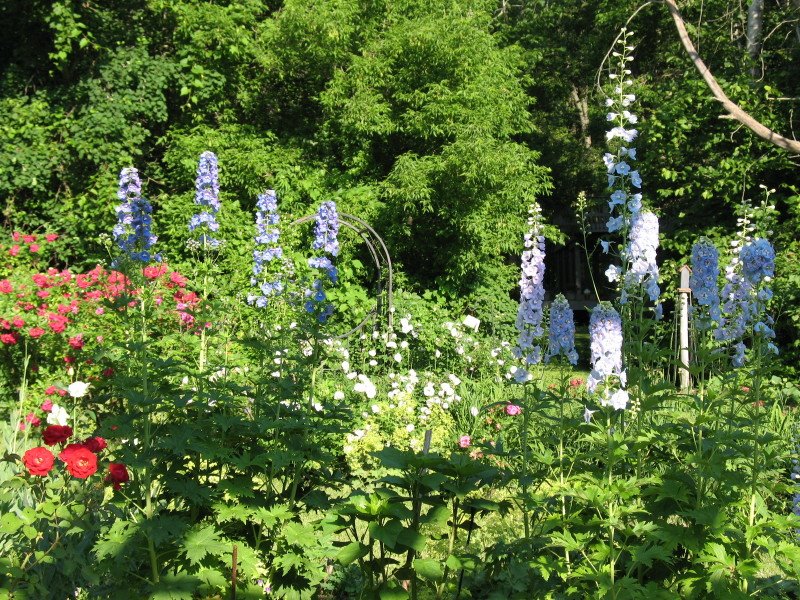